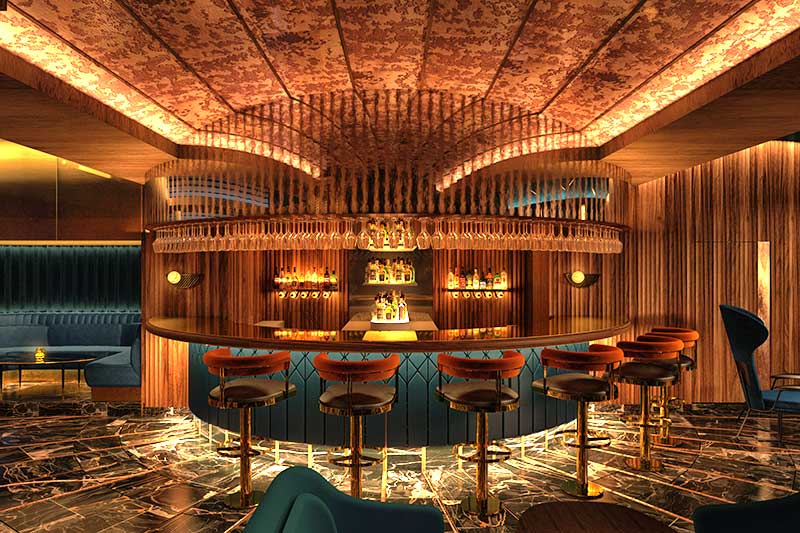 Tired of the same old dating games, and sick of swiping? Read on...

London’s members’ club obsession shows no sign of abating, with the February 2019 opening of Soho’s The Court, a creative club with 60s Soho at its heart.

Launching just in time for Valentine’s Day, The Court is partnering with Mr Social – a sophisticated social network for gay male professionals – to host By Application Only private party Tainted Love on Friday 15th February.

The idea behind Mr Social is to host curated events for those who prefer to make connections offline...something which we feel is very important in the age of the right swipe. It's more of a knees up than an awkward mingling event.

It only seems right then that the next event is taking place the day after Valentine's day (the anti-Valentines?) at The Court for a full evening takeover. Set in the heart of Soho, the club sits on the former site of the legendary Bag O'Nails, where Paul McCartney met his future wife Linda, Jimi Hendrix performed, and The Who set the pace for the Swinging Sixties.

Mr Social have mixologists there to make sure you're not just standing in a corner by yourself. They also have a speed dating corner where guests get a shot and a 3-minute intro.

The Idle Man went in full force to the Summer event and can confirm it's a riot, with the right amount of mixing...

Invitation is by application only, and even then it's not guaranteed. If you know, you know.

Feed Your Soul, Save The Planet: The Vurger Co Review

Being invited to test out any kind of Burger Bar is always an exciting treat, however you most likely know what you're getting yourself in to. The ...

The History of Vans Anaheim

It's been 52 years since the Van Doren family established the legacy of Vans in Anaheim, California. The Anaheim DX shoe has been more than just a ...